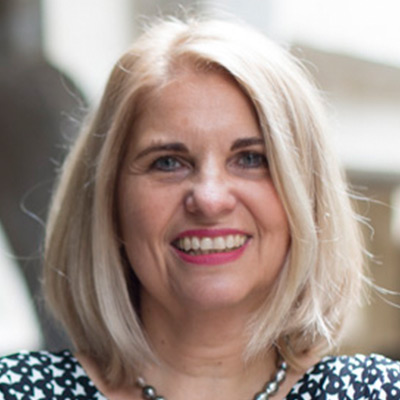 Daniela Mesbah
is one of the owners & Managing Partners at Steinbach & Partner.

Ms Mesbah studied business management at Steinbeis University in Berlin and at the University of St Gallen.

She began her career in recruitment consulting in 1994 at Odgers Berndtson. Two years later, Daniela Mesbah joined Eric Salmon & Partners, a French consultancy, where her last role was as a project consultant and the head of research. Her tasks included the coordination and management of transnational search assignments worldwide. Her customers were renowned companies from the automotive, chemical, mechanical and plant engineering industries.

In 2009, Daniel Mesbah began working as a recruitment consultant at AutoVision GmbH, a subsidiary of Volkswagen AG, where she set up the executive search division as its head, namely for Volkswagen AG itself, its subsidiaries and suppliers. Since 2013, Daniela Mesbah has been the head of the Automotive Competence Centre at Steinbach & Partner and is in charge of automotive industry business worldwide in this role. Her regional focus is on Europe, Asia and South Americas.

She has over 18 years of experience in executive search, with an emphasis on staffing executives in middle and senior management. Ms Daniela Mesbah speaks German, English and Farsi.