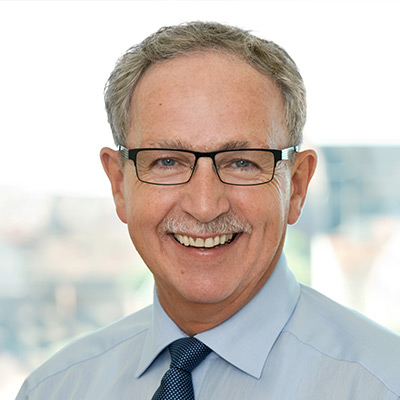 Dr.-Ing. Peter Becker
is one of the owners & Managing Partners at Steinbach & Partner.

After completing his studies in electrical engineering at TH Darmstadt, Dr Becker began his industrial career in 1982 as a development engineer for sensor technology, microelectronics and signal processing. Three years later, he moved to the USA, where he worked as a project manager (developing on-board computers) in a NATO missile project.

In 1989, Dr Becker received his doctorate in control engineering/aeronautics from TH Darmstadt, which he completed alongside his career. In 1993, he began working as the head of research and development for a world-leading flowmeter technology company in Switzerland, where, within four years, he had become the managing director in charge of marketing, sales, service and development.

In this role, Dr Becker intensively applied himself to questions of organisational and process optimisation as well as staff development. Dr Becker then completed his graduate studies in holistic psychology, focussing on personality psychology and aptitude testing. In 2000, Dr Becker became the chairman of the board of an international conglomerate (measurement technology, power supply, energy management). During this time, he set up new business segments, took part in the North Bavarian Business Plan Competition and advised fledgling companies on human resources matters. He supported the North Bavarian Network as a sponsor and juror for many years.

In 2005, Dr Becker began working for Steinbach & Partner as an Executive Consultant. In this role, his primary task is to look for and select qualified specialists and executives for industrial companies. He is also involved in executive staff development. Dr Becker speaks German and English.